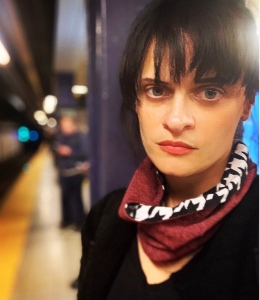 I’m a Brooklyn-based writer and artist. Over the past 20+ years, my written work has appeared in numerous print and online publications including the New York Times, New York, Parents, Family Circle, BuzzFeed, Vulture, Latina, USA Today, Forge@Medium, Elemental@Medium, and many more. I specialize in smart, stylish, carefully reported writing about a diverse array of topics such as parenting, science, pop culture, wellness, and beauty. Some of my work is available here.

My first novel, WAKING UP IN GRAVESEND, is represented by the Laura Gross Literary Agency (more information here).

Read an excerpt from WAKING UP IN GRAVESEND, featured by Joyland in September 2019.

What if classic 90s Morrissey was my boyfriend? That’s the premise of the Mizerable Misadventures of Morrissey and I. My illustrations (Moz related and others) are on Instagram @suchthingsido.